Autumn in High Park: Nature in the heart of Toronto city

As the largest park (398 acres/161 hectares) contained within Toronto city limits, High Park is full of surprises year-round. Though I’ve been to High Park many times—to play in the playgrounds as a little girl, to take pictures as part of a photography day camp when I was a little older, and to listen to poetry during summer festivals as a university student—I had never experienced it in the fall until a few days ago. If I had seen it during this colourful season before, I would certainly remember. The bright yellow, rusty red, and orange-tinged leaves lit up the otherwise cloudy day. 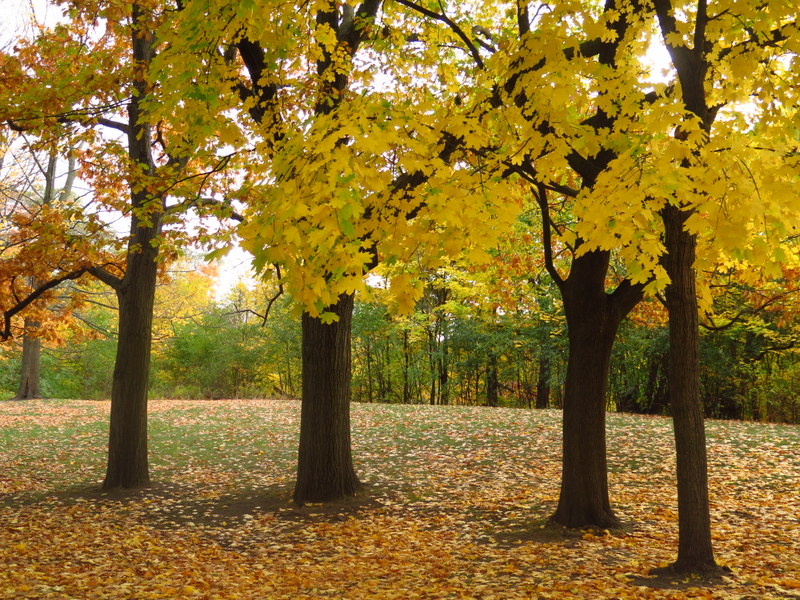 Much like many of my trips to the park when I was a kid, I took this one with my mom, though this time I took the lead, as I was assembling a series of fall photos for an artist collective. Canon G16 and cellphone camera in hand respectively, we began our High Park trip at one of the northern entrances (you can access the park from Bloor Street near the Keele or High Park subway stations) and headed straight for the nature trails along the eastern side of the park.

The creek trickled along beside us, and we spent several minutes on a bridge staring out across Ridout Pond (a sedimentation pond used to trap sediment from rainfall run-off that is also home to ducks and herons). The crisp air seemed to bring everything into focus—we soon forgot to mind the cold as we snapped shots of bright red berries and tangled, knotted tree limbs, and peered into the brush hoping to spot chipmunks and squirrels collecting nuts.

We had been following a loose trajectory toward the Grenadier restaurant since the beginning of our walk, and after less than an hour we were almost in sight of it. Despite the first hints of hunger pangs, however, we were thoroughly distracted by our sudden arrival amidst countless birds. Being very quiet and moving very slowly, we were able to spot not one but four woodpeckers, two chickadees, a red cardinal, and more robins that I have ever seen before in one place. Behind a beautifully carved tree, I found what felt like Narnia. I was greeted by a whole flock of robins digging up worms and the cracking of twigs that signalled the presence of squirrels. Overhead, I could hear the woodpeckers tapping at the trees, and the branches shivered as birds flitted about overhead. We spent a long time staring up at the wildlife skittering and fluttering between the leaves.

We did eventually continue on to the Grenadier restaurant, where we ordered at the cafe-style counter and found a cozy spot near a window where we could eat our French fries, spanakopita, and apple pie. The restaurant is earthy, with warm tones and a large, realistic maple-tree sculpture spreading its leaves over the tables and the pizza ovens. It’s the perfect place to grab a bite and rest before continuing on your hike.

After stuffing ourselves with delicious food, we set out again, this time along the western edge of the park. The ponds in the ornamental Hillside Gardens were filled with oak leaves, shunted along by the trickle of the small waterfalls that adorn the hill. A busy chipmunk kept eluding my camera, and eventually I settled for watching it scurry over the rocks. Looping back up, we soon reached the southern portion of the West Ravine nature trails and the bottom of Grenadier Pond. The largest pond in the park, Grenadier is 35 acres/14.2 hectares of water home to abundant waterfowl and fish, including great egrets, mute and trumpeter swans, wood and mallard ducks, double-crested cormorants, hooded mergansers, Canada geese, black-crowned night heron, largemouth bass, black crappie, white perch, yellow perch, white sucker, golden shiner , goldfish, pumpkinseed, northern pike, bluegill, brown bullhead, and common carp. On our meandering trek north again, we spotted several paddlings of ducks on the pond (a group of ducks on water can be called a paddling, a raft, or a bunch!).

As the sun began to set, the rich, bright colours of the trees on the opposite shore of the pond faded to a smoky haze, and the water turned a soft, dreamy blue, reflecting the fading sky. The reeds along the shore grew to astounding heights; we could hear the rustle of animals moving through them, but all we could see of the creatures that made the noises was the shifting of the stalks. The approaching night was wild, a little eerie, and stunning. We whispered, wide-eyed, about what we could see until, by the time we reached the stairs back up to Bloor Street and human city life, we could barely see our feet.

Despite having spent several hours wandering the park and finding spots we’d never been to before, we still felt like we hadn’t seen enough. We plan to go back before winter; I suggest you do the same.

You’ll want to bring a camera (trust me) and a bottle of water (we forgot and ended up incredibly thirsty). It’s also important to read the signs posted along the trails—they’re there to let you know when it’s safe to use certain areas and to provide other helpful information about the park. Finally, don’t expect to get everything done in one day! Here are some ideas as to things to do in High Park (bonus: most are free):

By Sarah Varnam – writer, editor, and artist based in Toronto, Ontario.
www.writeoutediting.com 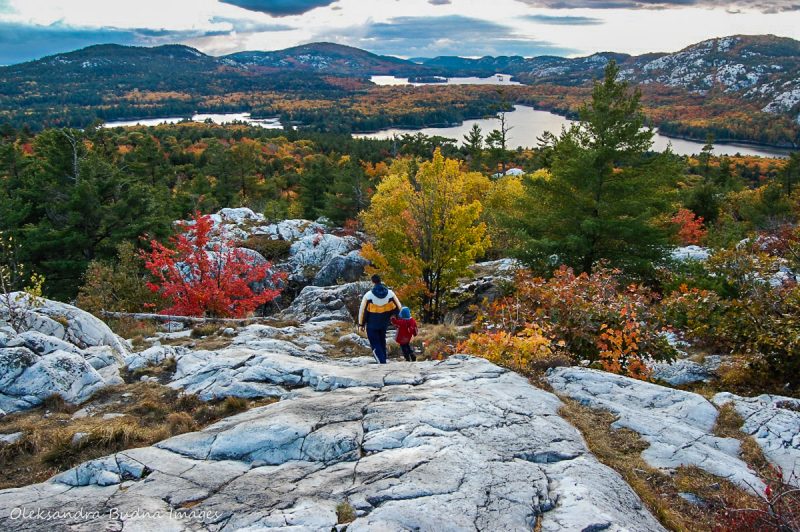 Updated: October 2020 Did you know there is a company called Ship Foliage that sells New England maple leaves over the...

Algonquin is one of the most popular destinations in Ontario to view Fall Foliage. Here is why... Track and Tower...